This review features some spoilers. If you have not watched The Force Awakens yet, consider yourself warned.

In 1977, director George Lucas made a film that would forever alter the way visual effects were perceived. Star Wars: a New Hope (Episode IV) proved a fruitful forey into sophostocated special effects, one that would set the path for generations of future movie-makers ans visual artists to come.

The film’s two sequels, The Empire Strikes Back (Episode V) and Return of the Jedi (Episode VI), released in 1980 and 1983 respectively, were equally praised for their innovative use of technology, daringly intriguing plot progression and skillful direction.

In 1999, 16 years after the release of Episode VI, Lucas gave the trilogy’s huge fan base a treat with the first of three movies acting as a prequel to the original three. The Phantom Menace (Episode I) and Attack of the Clones (Episode II) weren’t as well-received, Return of the Sith (Episode III), the final Star Wars installment courtesy of Lucas, saw the director return to his glory with what was perhaps the most character-driven of the six films.

Now, a decade after the release of the last of the Star Wars film, famed director J. J. Abrams (Star Trek, Super-8) has revived the franchise with a seventh episode: The Force Awakens. This time around, Luke Skywalker is missing and the Resistance, backed by the Republic must find him before The First Order, the new Empire, basically, finds him and kills the last of the Jedi.

The new film comes with a crop of new cast-members, including Daisy Ridley, John Boyega, Domhnall Gleeson (About Time, Ex Machina), and Golden Globe nominee Oscar Isaac (Inside Llewyn Davis, A Most Violent Year), as well as some familiar faces from the original trilogy reprising their roles, such as Harrison Ford, Carrie Fisher, and Mark Hamill.

Ridley and Boyega are the main protagonists. The former plays Rey, a girl from the junk-yard planet of Jakku, awaiting her long overdue reunion with her parents, and the latter plays Finn, a rogue stormtrooper searching for truth beyond The First Order.

As much as I loved seeing some of the original cast members, I have to admit: the new faces were refreshing to see. Ridley steals the show with her performance barely half an hour in, and, in comparing her to Anakin from the prequel films or especially the ever flat Luke from the original trilogy, is more compelling a character and an actress.

Boyega, a fresh face like Ridley, does justice to his character Finn. He’s instrumental to the film mostly because he provides comic relief, especially during his scenes with Oscar Isaac‘s character, Poe, and his initial scenes with Ridley. Other than that, the actor doesn’t really stand out in terms of acting, but with a leading role, his moment is surely due in the next episodes.

What I wanted to see the film break out of was the cliché relationship between the teo protagonists. Often in movies like Star Wars, directors feel the need to establish some sort of romantic bond between the teo heroes. Notwithstanding my personal views on the matter, Finn and Rey don’t have the chemistry required to ship them together (in fact, Finn seems to have more of a chance with Poe). They work much better as best friends, and that relationship dynamic is one that is long overdue in cinema today. The door is wide open for either possibility, and I guess we’ll know more by Episode VIII, but here’s hoping they aren’t linked romantically.

Harrison Ford reprises his role and delivers the Han Solo that we have all grown to love over the years. His trademark charm is felt all throughout the film and it’s impressive to see Ford deliver the character the way we remembered him, a testament to his acting prowess. That said, with regards to the way his storyline played out, tge way they exited him did not do the character justice to me. The issue is not in him dying, but in the circumstance and the execusion of his death. It could have been done in a much better context; there was a lot of potential in the story arc (without repeating what we’ve already seen of it throughout the franchise, of course).

Supporting performances come via up and coming actor Domhnall Gleeson in a surprisingly fitting role, Star Wars veteran Carrie Fisher, Oscar Isaac, Andy Serkis and Adam Driver. The cast and crew do an admirable job with their roles, forming an ensemble that connects the older generation to the newer one immediately.

As is always the case with the franchise, the score, courtesy of 46 time Oscar nomineee and 5 time Oscar winner John Williams, was magnificently galactic, one that both resonated with the older generation watching re-entering the world and the new generation embarking on its adventures. 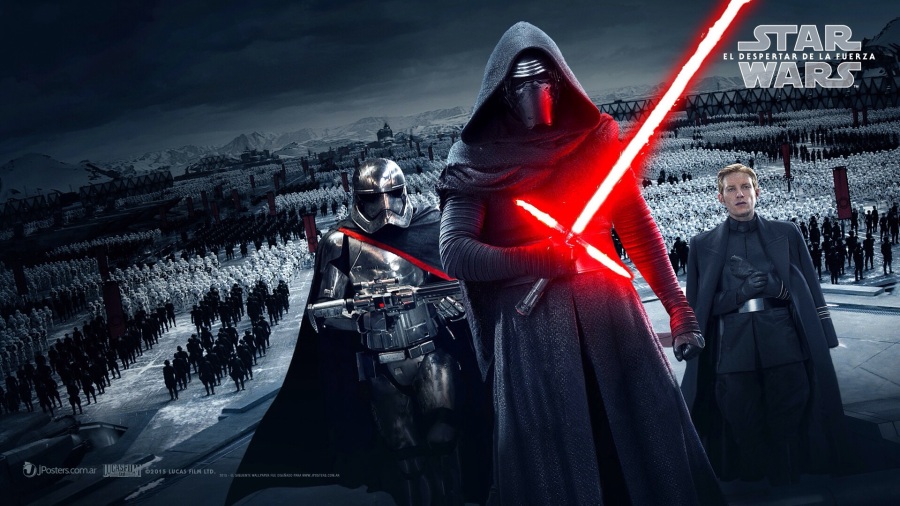 In comparing this episode to the rest, given the time gap, it is safe to say that Abrams stayed true to the original material. The Force Awakens is faithful tk the Star Wars franchise all while being  a part of its own generation, and that is something the director is known for (think Star Trek). That being said, it’s awfully similar to most of the old movies to the point where this one lacks originality in terms of its plot. It’s quite similar to A New Hope, actually, but bigger and with a better Luke-figure. But even then, Episode VII pales in comparison to the older movies when it comes to one key factor: the dark side.

In the original trilogy, the viewer could feel the gravity of the dark side. Even though it was clear who would prevail in the end, Darth Vader and Palpatine truly felt like villains. The same cannot be said of Supreme Leader Snoke (Serkis), who looks so animated, the villainous effect is obliviated, and a very humanised version of Darth Vader, Kylo Ren (Driver). They just didn’t feel as intimidating as I would have liked them to be. 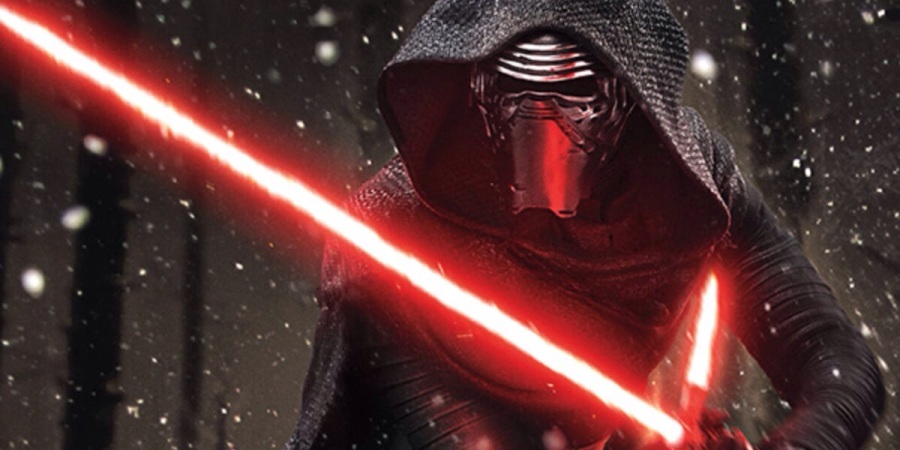 With J. J. Abrams in the director’s seat, it comes as no surprise that the special effects are masterfully-executed. They liven up the action sequences to the point where there isn’t a dull moment. And the film’s cinematography is a gorgeous compliment to that, thanks to Daniel Mindel, who also worked on Star Trek with Abrams.

Despite the glowing reviews it’s been getting — part of which I would attribute to nostalgia more than anything else — it is this humble blogger’s opinion that The Force Awakens is a good, not great movie. Among its merits are its lead actress, score, costumes and design and striking visual effects, but the movie falls shy of its mark for this fan when it comes to the storyline. Still, many doors were opened, and while I’m sad Abrams is stepping off of the director’s chair, I’m still excited to see what comes next.