If you’ve been following this blog (and I thank you if you have), you’ll know that I’m both a big fan of the Horror genre, and one of its biggest critics. The modern understanding of Horror can be encapsulated in thin storylines and a bunch of jump scares that grow old 30 minutes into the film. Recent flicks don’t offer any substance to chew on, and ultimately become forgettable. And this only seems to worsen with time.

Save for a couple of exceptions — most notably, the James Wan-helmed, genre-faithful The Conjuring — where a horror film tried to bring in something different to the table (The Exorcism of Emily Rose is strong example, what with its debate between religion and science), the past decade hasn’t offered many movies that resonated with me, and none besides the two mentioned that I’d recommend.

But then I watched It Follows.

Let me make something clear before I begin: the movie isn’t scary. Instead, It Follows tries to do something completely different, and is successful in doing so, breathing new life into a genre that is losing its intended appeal in favour of profit. 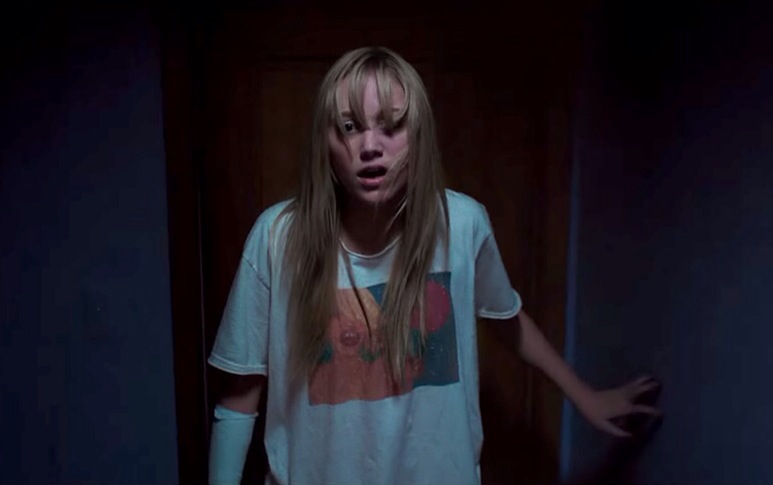 Without giving too much of what little there is away, the film talks about a girl being haunted by an unknown and constantly-looming entity. That’s all I can say without spoiling the entire plot because quite frankly, there isn’t much more to it than that. It is, for all intents and purposes, a simple plot that paves way for all sorts of implications. The English major in me was reeling at the thought of all the papers I could write exploring the definition of the “it” in It Follows, but I digress.

The film stars mostly unknown actors, and I think that helped it a lot. What a lot of Hollywood movies do nowadays is hire big names to play roles in movies that don’t have much else to offer. Here, the film relies on its simplicity and the power of its premise. It stars Maika Monroe, Keir Gilchrist, Jake Weary, Olivia Luccardi, and Lili Sepe. They all deliver above-average performances with Monroe and especially Gilchrist being highlights, but none of the performances really stand out. In any case, the characters themselves don’t exactly allow the actors to shine. In fact, at times they are flat and depressing. In one word, they are unremarkable, but that’s most of the world, and I apreciated the realism in that. They’re just a bunch of friends, some more interesting than others. And to some extent that works for the movie. I’m unfortunately not educated enough (yet) to ascertain this, but the film is an experimental one. The concept is a bit out there, and forgoing high production and over-the-top visual effects is quite risky especially with today’s audience losing their shit over the slightest bit of computerised play, but it just works here. The film is an ode to classic 70s (maybe early 80s even) horror. It relies on the premise to scare you and not jump-scares or visuals (which are rarely present in the movie anyway). Like I said, it’s not scary per se, but it is creepy, and that’s what you love about it. There’s an intensity that follows (get it? No? Okay) you all throughout the film’s 100 minute run, and that tension keeps you on the edge of your seat. It doesn’t quite get to you, but it’s always there.

This movie was more of a victory for its director and crew than it was for its performing cast. Director David Robert Mitchell‘s choice in camera angles is especially notable. His shots were odd at times, but interesting nontheless. A lot of the time, I felt like the camera was about to grab yhe characters from behind, a probable reference to the central plot.

The shots in the movie are mostly bleak, which is perfect for this sort of  movie. Sometimes the colours are bright and vibrant, and that snaps you out of the constant sense of discomfort and melancholy, but the cinematography, courtesy of Mike Gioulakis, is mostly lifeless and drained.

One of my favourite things about this movie was the score. Composed by Disasterpeace (Rich Veerland), the music is remiscent of the American Horror Story score, and it can’t have been a better score for It Follows.

The script was just alright. This isn’t a movie that engages you with its words, but they play a good supporting role in elevating the quality of the movie. The highlight of the script was definitely the final monologue. It leaves you something to ponder about with regards to the implications of the film, but I’ll leave that for you to decide.

As a fan of film, It Follows is definitely an intriguing experimental horror film that joins the ranks of films that bring something different to the table. As a horror fan, it’s chilling but far from nightmare-inducing. Still, the execution and the premise is enough to set it apart as one of the better horror movies in recent years.