Before I proceed, I’d just like to point out that this is my personal opinion, and you don’t have to agree with it.

In my time in Lebanon, Bliss street has slowly become one of my favourite places in the country. An unconventional pick, I admit, but from its local (hello, Abou Afif) and international cuisine to its equally exotic residents, to the beautiful architecture of the American University of Beirut (what you can see of it, anyway), the street encompasses the mesh of cultures Lebanon bears.
Tucked in the heart of 1866 Court and Suites, past Paul (I know, I know. One wiff of their deserts, and you’re stuck there. Them tarts, yo.), Urbanista, and Roadster Diner (some would consider this a feat, walla), lies what is probably Lebanon’s smallest theater, Prime On Bliss. Here are five reasons why I love the place:

My eyes are sensetive to light. So, bright lights often give me headaches. But even if I am suffering from one, it goes away within minutes of being in Prime. The first thing I notice about it every time I go is how visually relieving it is. The mixture of mostly red, black, and yellow with light dim enough to illuminate the place without being a nuisance is a breath of fresh air. The cinema’s design is meant to be slick and chic, but also inviting and appealing, and for all intents and purposes, it is exactly that.

A great thing about Prime On Bliss is how small it is. The theater only offers a selection of four movies every week played on two screens, so it can’t house more than 200-300 people. And while the cinema is sometimes busy, it’s mostly quiet and calm, away from the loud noises and hassle of bigger theaters in the country. Inside the screening rooms, the chairs are comfortable and spacious, and that, to me, is a big part of my movie-going experience. I’d prefer to watch my movies comfortably, and the seats in Prime satisfy my derrière’s needs quite nicely. Prime even offers two-person mini couch seats to couples (romantic or otherwise) who wish for them. I’ve tried them. I want them. 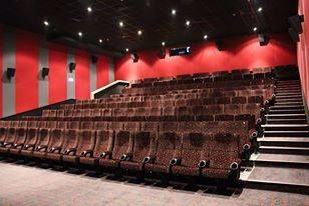 3. It Has Great Food

If you ever come across anyone who frequents Prime On Bliss, the first thing they’ll tell you when you ask them about the food is how good the popcorn is. And it is. I’m the type to prefer chips and nuts over popcorn while watching a movie, but in Prime, popcorn is a must. That aside, the concessions booth features all your snacking delights, from Skittles, chocolate chip cookies, and nachos (with some tasty, creamy cheese paste, if I may add), to beverages, smoothies, and salted corn. Confession: I’ve been to Prime to eat more times than I’ve been there to actually watch something.

4. It’s Clean
I can’t stress how important this one is. Every time I’ve tried to  use a public bathroom here (in a cinema or otherwise), but walked out seconds later because of lack of hygiene. Bathrooms here are borderline unsanitary. Imagine how many people use public bathrooms that are not quite clean everyday. Prime‘s bathroom is spotless. It’s never been dirty (and before you say it, random people walk in just to use the bathroom, and most of 1866 Courts and Suites employees use it, so it is used quite a lot) when I’ve used it. And it always smells refreshing. Sometimes I go even if I don’t need to. Lesh la2.
5. It’s Wallet-Friendly

Bottom line: it’s cheaper than other cinemas. As someone who spends most of his day on Bliss street working, and as a college student, saving dough is necessary. But as a movie blogger, going to the movies is sometimes a must for premieres and such. If even the tickets are only a couple thous cheaper, that accumulates over time. In fact, signing up for Prime‘s Loyalty Card (and doing so is free, by the way) gives you all sorts of discounts on movie tickets and food. Every once in a while, you even get free food. Moreover, Prime gives you a number of offers throughout the month (Happy Tuesday is life) that bring you cuisine from different parts of the world or even something to drink for the price of a service (kinky english readers, that’s a cab in Arabic slang).

Without a doubt, the best part of Prime On Bliss, maybe even Bliss itself, is the staff. When we go to the movies, we don’t really consider the people behind the booths. And when I got to know the staff here, suffice it to say I was in awe. From people who’ve lost great loves to scholars that have been invited (yes, invited)  to Massachusetts Institute of Technology (MIT), to the most down-to-earth, honest, kindest people you could ever meet, Prime staff is truly Bliss’s treasure. And talking to them is stimulating and interesting. To me, they represent the people the youth of Lebanon should look up to: nice, hard-working, people who are just trying to do their jobs and get their educations. They have all my respect. In the year since I’ve started going to Prime, I’ve watched five or six movies only, but I’ve been there a couple dozen times just to see them. In fact, I’m going today. 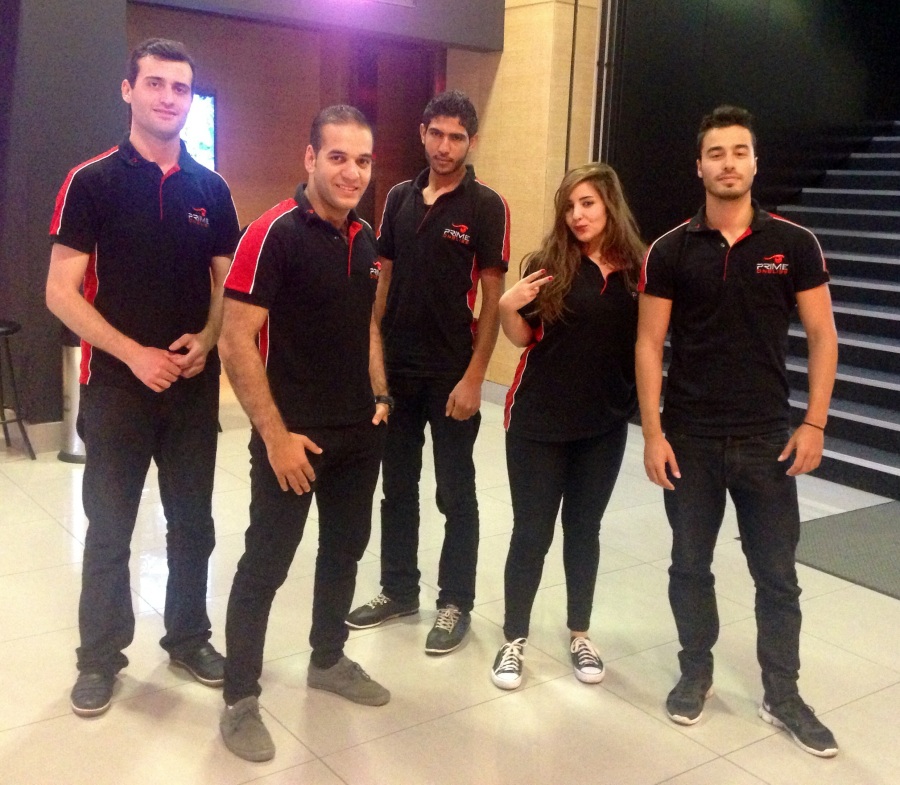 Prime On Bliss opens from 1 PM until midnight. Give it a shot. It’ll be worth it. You’ll truly be “a part of it.”