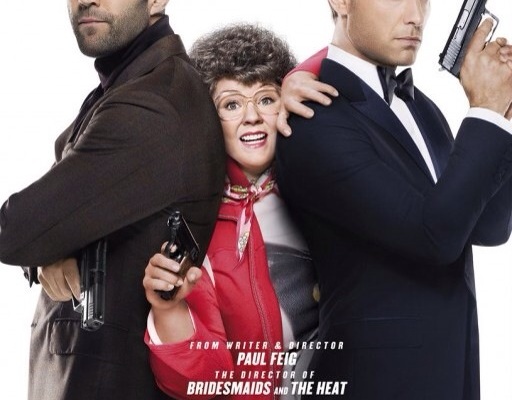 Back in the pre-streaming MBC4 days, I came across a little rom-com series about a couple trying to make it through the various troubles of life. Back then, Mike and Molly wasn’t so famous, but the show would go on to garner several Primetime Emmy nominations for its cinematography, direction, and especially for its lead actress, otherwise overlooked (back then) Melissa McCarthy. Four years following the series’ debut, the actress is one of the most sought-after names in comedy, and in her new movie Spy, she shows us exactly why that is.

The film is your typical spy comedy. Agent Susan Cooper is an underrated desk-bound CIA analyst — the best of the organisation. When the echoes of an impending terrorist attack reach the CIA’s ears, Agent Cooper steps up and volunteers to take on the mission to stop the evil terrorists, ending up in a few too many awkward moments as she fights to save the day.

In addition to McCarthy, the film stars Jude Law, Jason Statham, Rose Byrne, Miranda Hart, and Peter Serafinowicz, and is written and directed by Paul Feig.

Melissa McCarthy has become a type-cast actress — which isn’t a necessarily bad thing. From Bridesmaids and The Heat to Tammy and now Spy, her latest roles seem to be a variation of the same character. But she still delivers every time, and in Spy, she excels, turning from a shy, unconfident, complacent character to a complete and utter badass. She shows us why she’s the reigning queen of comedy in the best of ways, showcasing her talents and giving the audience a couple laughs. She may be type-cast, but that’s because no one else would be able to pull off these roles the way she does them. 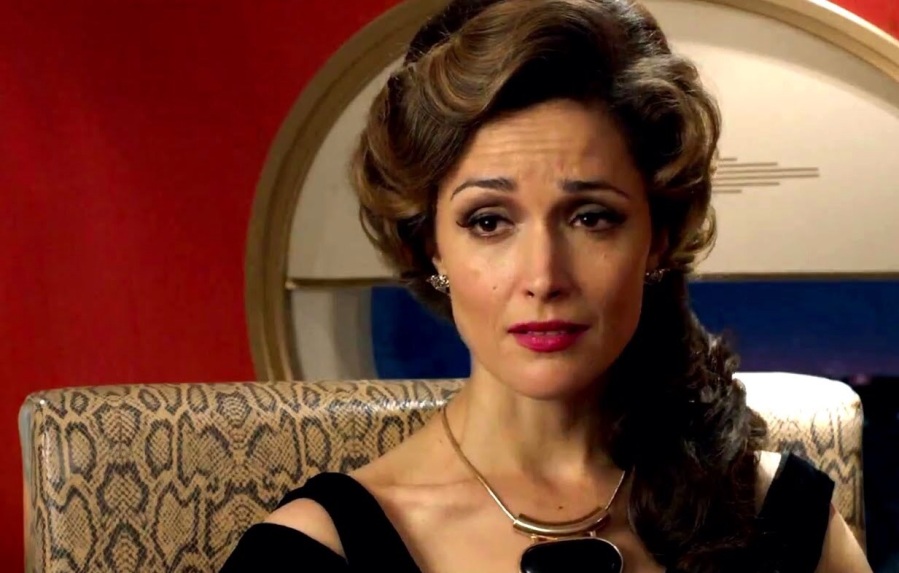 Rose Byrne joins the cast as the evil Rayna Boyanov, the holder of the nuclear weapon the terrorists are trying to get their hands on, and Agent Cooper’s main target. Acting wise, it’s the best performance of all the cast members. Byrne plays into her cold and bitter persona flawlessly, delivering some of the best and funniest lines in the movie, and her sarcastic tone and unbeatable poker face makes them all the better. She’s basically the R-rated love child of Awkward‘s Sadie Saxton and Glee‘s Santana Lopez, and you can’t help but love her.

When I first heard of Joson Stathem‘s casting in the film, I found it to be a predictable choice. But when I heard Spy was a comedy, I was basically flabbergasted to see Stathem — another type-cast actor — stepping out of his bubble and delivering something new. And he does exactly that. He starts off being a pest you hate, but he (and his overbearing ego) grow on you pretty quickly. It was nice to see him show a different side of himself, and it pays off quite nicely.

Jude Law, Miranda Hart, and Peter Serafinowicz lend their talents in supporting roles, and provide the backbone for the main characters to thrive off of. I had a special place in my heart for the ridiculously quirky Agent Nancy “Amber Valentine” Artingstall, played by Hart and the (un)smooth Italian (English?) Aldo, played by Serafinowicz. 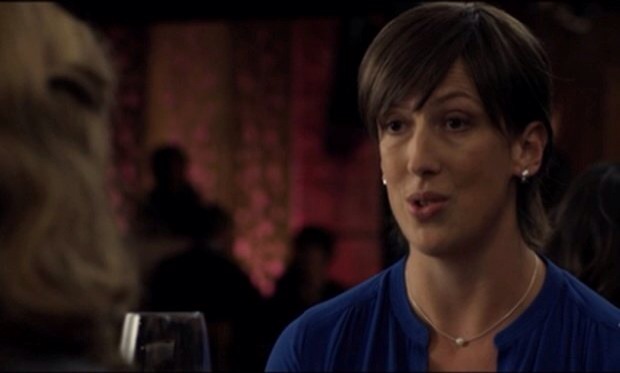 The best thing about the film is the interaction between the characters. It’s just unabashedly funny. The characters react to the situations they’re put in in the most ridiculous ways (watch out for Aldo), be that verbally or physically. And while at certain times it’s a bit offensive, it is funny most of the time, and guttingly-hilarious at a few instances. But none of that would have been possible had it not been for the great source-material the actors had to work with, not to mention the fantastic direction. With movies like Bridesmaids and shows like The Office and Freaks and Geeks in his repertoire, this comes as no shock from writer-director Paul Feig. While the script’s unapologetic, dry humour worked for it at most times (check image below), it took some unnecessary stabs that are later not quite rectified. These involve poking fun at issues like body image. It honestly didn’t need them. They’re present at the beginning of the movie mostly, and while I understand that they’re there to show how ridiculous they are, sometimes it’s just not funny, and that terminated some the film’s comic appeal.

The plot itself is unoriginal and predictable — sometimes too predictable. The two “shocking” moments could be seen miles away (15 minutes in, my friend and I literally figured out something that we knew for sure over an hour into the movie, and it wasn’t that hard to deduce). It just lent itself to certain pedestrian tropes of spy movies that could have been replaced with something a little more original.

My verdict? Spy is a film worth seeing with friends on a friday night. The great cast is supported by mostly great writing and hilarious sequences. It’s a film meant to entertain, and what sets it apart from its contemporaries is that it’s damn good at being entertainment.