2014 was the year of dystopias. We started the year with Divergent and ended it with The Hunger Games: Mockingjay -Part 1. In between, we had The Giver and the subject of this blog post, The Maze Runner.

Directed by Wes Ball, The Mazz Runner presents viewers with a futuristic, mysterious maze where a community of boys reside. The movie opens with Thomas (Dylan O’Brien) arriving at the maze with no recollection of who he was and why he got there. With the question of his identity lingering on his mind, he and the boys face the spooky maze and the beasts that lurk within it, with Thomas eventually given the role of a maze runner: an explorer of the maze seeking a way out. The film also costars Thomas Brodie-Sangster, Will Poulter, Ki Hong Lee, Aml Ameen, Blake Cooper, and Kaya Scodelario.

The setting of the movie is very interesting. Viewers are thrown into an unknown world from the very beginning, ignorant to what goes and what doesn’t. Even after the movie was over, I still didn’t know everything about the futuristic world The Maze Runner presented. With such an interesting setting to add the the premise, I admit I was quite intruiged.

Dylan O’Brien does a good job as Thomas, a boy thrown into the world of the maze unexpectedly. His can-do spirit and hope for survival are quite refreshing. I imagined he’d be the annoying chosen one burdened with the task of saving everyone bla bla bla, but he was actually very realistic about it. 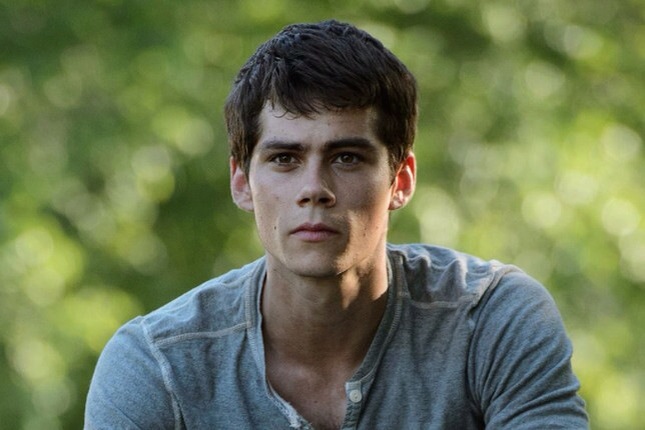 Will Poulter leaves his Narnia days behind to portray Gally, one of the boys opposed to the uprising of hegemony within the community, and the main opposition to Thomas. However, he doesn’t part ways with his Narnia character completely. Gally had the same annoying quality about him as Eustace Scrubb did, which didn’t feel like a part of the character as much as it felt like a part of the actor. Still, he manages to be a decent obstacle in the storyline, albeit not a major one.

The rest of the cast also does a relatively good job, save for Scodelario who plays a very flat Teresa with a horrible American accent. The British actress left no impression (a good one, anyway) whatsoever and didn’t appeal to me. All of her scenes could have been done miles better. She was miscast and didn’t bring anything worth mentioning to the table.

The cast did okay in terms of acting, but something I noticed about the characters was how unrelatable they were. I mean, yes, there’s a feeling of sympathy lingering all throughout the movie, but there is otherwise nothing about them that demands you identify with them except for little Chuck. The rest of the main characters — Alby, Newt, Minho, and Gally — offer nothing you could relate with, and it’s not because they lack any sort of recollection of their past lives. This sort of thing is in the nuances of their character. Too bad they don’t exist.

The lack of relatability is probably somewhat due to the cliché script the movie followed. Some of the lines were so predictable and mundane. “You can do this, Thomas.” “It doesn’t matter what we did, it’s what we do” and so and so forth. Yawn.

While we’re on the topic of predictability, some of the events were more or less as such. Not that I knew everything, a good portuon of the film kept me interested and surprised, but a few of the happenings here and there were easy to foresee.

The ending of the movie is one to debate on. Part of me hated it for how unoriginal it was, but another part of me is even more interested with the cliffhanger the movie left off at. Either way, come September 18th, I’ll be watching The sequel to find out more.

The score was exactly what you’d expect this kind of movie to have. There was nothing particularly worth mentioning about it. It didn’t suck, I guess. The visuals, on the other hand, were lackluster. The computerization of the background scenes and images was sometimes so obvious in some scenes, I felt like I could see the green screen. The mediocre editing was also nothing to boast about. For a movie with such an interesting premise, I kind of wish the technical team behind it was more proficient.

What was perhaps my favourite thing about The Maze Runner was the social experiment it presented viewers with. It reminded me of an incredibly provocative and interesting film of the same nature about a group of 12-13 year-olds who get stuck on an island (can’t remember the name. I watched it a decade ago, once). The fact that the boys had to decide what was important for them to preserve and cross that with their moral compass. The sequel should incorporate more of that.

Overall, The Maze Runner has a hook interesting enough to give the movie a chance. I recommend it for Dystopia fans as it presents a slightly different version of an overused concept. It isn’t the best movie, I must admit, but it does have the potential to become something great. I guess we’ll just have to wait for The Maze Runner: The Scorch Trials to see for sure.