For years, the internet community worldwide has welcomed a host of never-ending comments, memes, jokes, outbursts, and disdain as Leonardo DiCaprio has lost one Oscar after the other. And for the large part, I disagree. Perhaps his first nomination for his work in What’s Eating Gilbert Grape? — the only of the five movies he’s been nominated for that I haven’t seen — is the one he truly deserved winning, but to me, no matter how great he is, someone always seems to be a bit better. As far as I can tell, I don’t think he’s ever deserved an Oscar for any of the roles he’s played, but is long overdue one for his entire, fantastic career spanning some two and a half decades.

This year, the actor stars in multi Oscar winning director and writer Alejandro Gonzalez Iñárritu‘s (Babel, Birdman or (The Unexpected Virtue of Ignorance) new film and follow-up to his Best Picture hit, Birdman, with The Revenant. 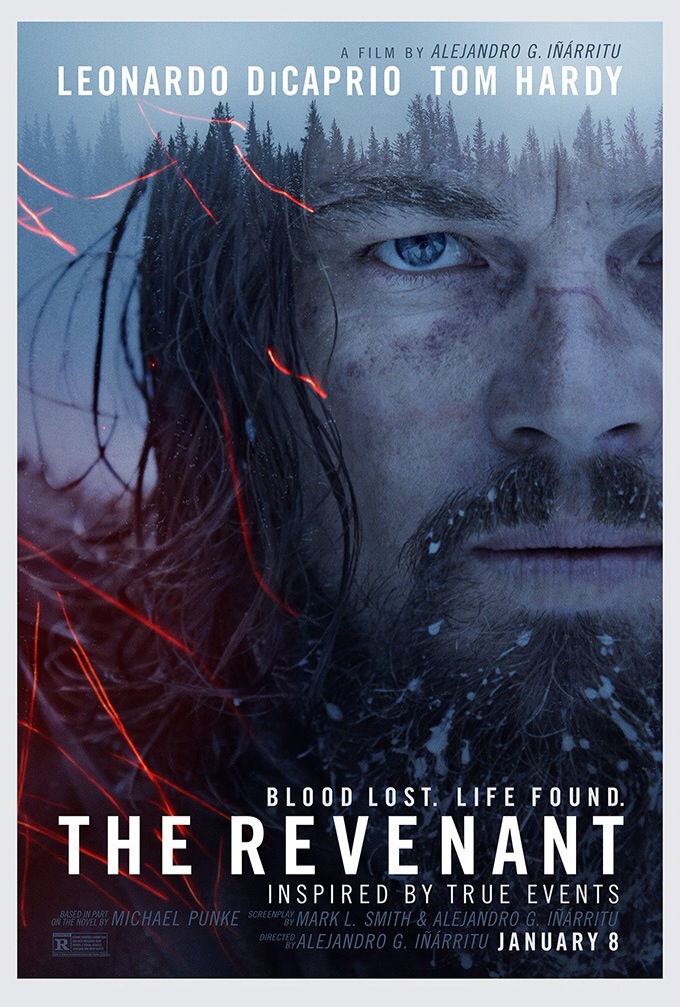 Based on a true story, the film follows Hugh Glass (Leonardo DiCaprio), a frontiersman leading a group of men with his illegitimate son across Indian territory for a fur expedition in the early 1800s. Separated from his cohorts and viciously attacked by a grizzle bear, Glass is left for dead and must endure unimaginable situations and conditions in order to survive and exact revenge on the man who’s taken away the thing he values most.

DiCaprio stars in his most physically-demanding role yet as Hugh Glass. A distant and mostly reserved character, Glass is perfect for DiCaprio, who seems to embody those features in real life. Beyond the role, the actor brings a certain sense of fire to his character; an unquenchable thirst for revenge and redemption, as well as the innocent want to survive and not die. Something that makes DiCaprio one of the best actors  of our generation is the lengths he will go to make sure that each of hos scenes are delivered as authentically as possible. In Django Unchained, he got a very bad cut in the middle of shooting a scene, but he continued unwavered. In The Revenant, shot in the harsh cold weather conditions of Canada and Argentina, DiCaprio did most of his stunts and did not need a double, and he ate an actual bison’s liver, despite beinf a known vegetarian — all in one take!

The sort of dedication DiCaprio brings to his characters, his audience, and himself is perhaps why he is so admired by the film community. Of course, I do not contest that. And he has deserved all the praise he has gotten. But is that, him being who he is; him not winning any Oscars, the reason we perceive his performances as phenomenal? Does he deserve an Oscar because he is due one or because he was actually great in The Revenant? The line is blurred. This was indeed one of his better performances, and is, to me, a frontrunner for the win, with Eddie Redmayne for his work in The Danish Girl and possibly Michael Fassbender for his work in Steve Jobs as his competition, but there is one thing that may keep him from winning. Especially in recent years, The Academy has opted to select Best Actor winners for roles are that important and well-performed. While Hugh Glass is definitely well-acted, I wouldn’t really view him as a figure of unique importance. [SPOILER AHEAD. YOU’VE BEEN WARNED]. Obviously, not many have survived a bear attack, but all in the same, there has only ever been one Steve Jobs and one Lily Elbe. This isn’t to say that it’s a requirement, and DiCaprio still has the highest chance of winning, but the trend is something to bear in mind should fortunes change cone Oscar Sunday.

The supporting cast features Domhnall Gleeson who has starred in virtually every movie this year, namely in Ex Machina, Brooklyn, and The Force Awakens, among others Will Poulter (The Chronicles of Narnia: The Voyage of the Dawn Treader, The Maze Runner, We’re the Millers), and the main antagonist, Tom Hardy (Mad Max: Fury Road, Legend, the Batman trilogy). All three do fine jobs with their roles, especially Tom Hardy, who is brilliant and near unrecognisable in his role as Fitzgerald, a self-preserving, selfish member of the group who presents the main ethnic conflict in the film. 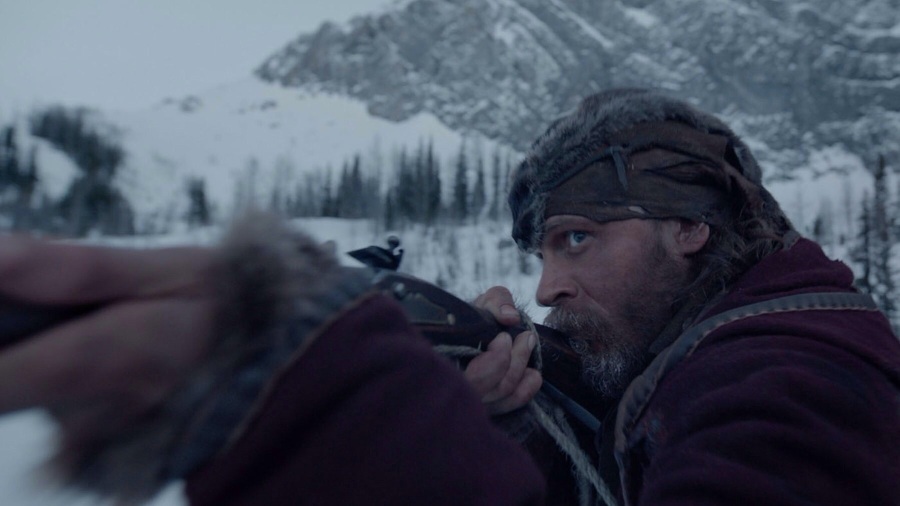 The film is lengthy. But despite it being over two and half hours, it benefits from great pace. The first 45 minutes pass by in a millisecond, thanks to what has been one of the gripping intros this year. And that’s probably the only suitable word to describe the experience of watching The Revenant. That is largely due to the strikingly beautiful cinematography, courtesy of none other than Emmanuel Lubezki, whose touch makes everything gorgeous. Using a lot of natural lighting, The Revenant is a visually gritty piece one cannot look away from.

What makes watching this an even more pleasurable experience is the haunting music, scored by Ryuichi Sakamoto, Carsten Nicoli, and Bryce Dessner that is, at times, the only thing that speaks to the viewer, thus overpowering the script. And that brings me to the fault of the film: the storyline. Penned by Iñárritu and Mark L. Smith, this is a film where actions speak louder than words. The script is fine overall, but mot very memorable and at times lacks the fire that DiCaprio brings to it with his performance. But the biggest issue with it is that as the film ends, the viewer is left unsatisfied, as if cheated out of the ending, not necessarily the one the film was expected to come to, but one that was as gripping as the film itself. In that respect, The Revenant falls short.

Iñárritu’s new film is one to marvel at for its striking visual appeal, score, performances, and directing prowess. While the parts are better than the final product, and the ending is anti-climactic, it is worth a watch for both a study in cinematography and an appraisal of Leonardo DiCaprio‘s seemingly Oscar-winning performance.

6 thoughts on “Has Iñárritu directed Leonardo DiCaprio to Oscar gold in “The Revenant”?”