You read right. This movie had so much weird in it, I can’t bring myself to recall every single detail. But here’s something I can ascertain: this film was a disappointing disaster of epic proportions.

Brought to us by the Wachowski siblings, the makers of The Matrix trilogy,  Jupiter Ascending is about an everyday caretaker named Jupiter (Mila Kunis), who is attacked by unknown aliens only to be saved by another alien, Caine (Channing Tatum). Still in danger, she leaves planet Earth to ascend her throne as ruler/owner of the planet to stop the three tyrant Abrasax siblings from doing so and gradually ending human life.

The setting is quite interesting: a futuristic capitalist universe where Earth is but a farm ready for harvest. The world created initially comes off as wickedly intriguing, but soon becomes much more than what I bargained for. I mean, robots, people with sluggish sort of extensions to their heads looking like tails attached to their skulls, dinosaur- looking winged creatured, flying fairy prostitutes. Seriously, there was way too much going on in the background distracting people from what was happening in the main story.

That said, major props to the hair and makeup team and to the costume designers for outfits that were eccentric enough to fit the setting, but still nice enough for people to envision wearing them. It’s much too early to predict, but the hair/make-up and design teams might be shortlisted for one or two awards in the coming future, maybe even nominated for some.

The visual effects of the movie were good, but not the best I’ve seen. Admittedly, some of the shots were beautiful and showcased the filmmakers’ prowess, but with MARVEL studios releasing blockbuster after blockbuster (seriously, they’re like rabbits at this point) with killer effects, Jupiter Ascending pales in comparison.

That was just about it for everything that was acceptable in the movie (which is not much, I’m sure you’ve noticed). Now for the crappy parts. Get comfy. This gon’ be long. 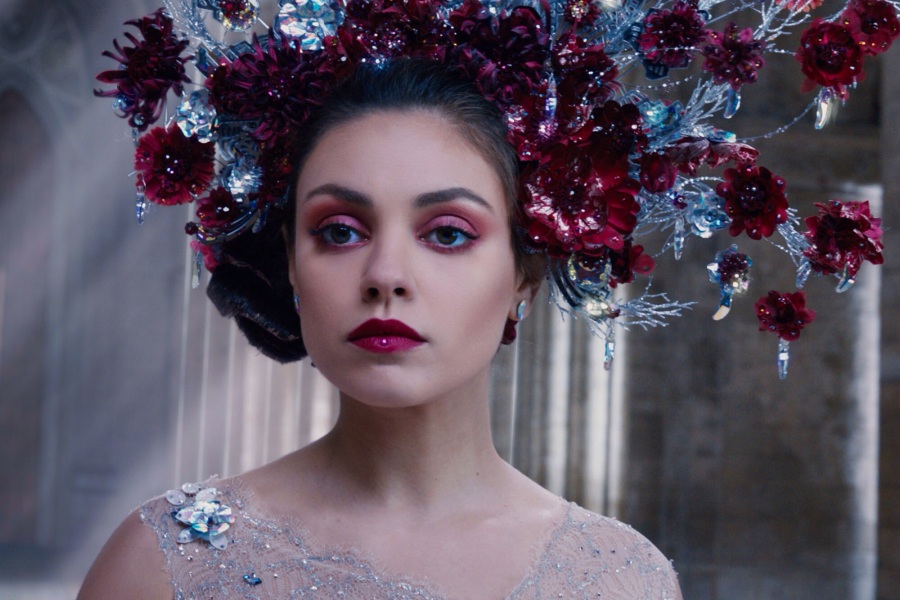 Starring Mila Kunis was probably not the best idea; not because she isn’t a talented actress (she is), but the role was just so bad. I don’t understand why she would take it to begin with. It offered very little emotional depth, a very cliche trajectory of development for the character, and, quite frankly, Kunis wasn’t doing a good job with what little she had. It all came across too fake and staged. I did not relate with her one bit. Another thing I despised about her character was how much of a weak representative of women she was. She needed to be saved in almost every scene and could never once get herself out of a pickle. Sorry, but the women in my life are much stronger than that. Moreover, how freaking ignorant is this chick? She believes everything everyone says, puts herself in danger like an idiot, blindly follows orders anyone gives her. Damn, where’s your common sense? Maybe they should have let her own the earth. She would’ve messed it up. Child, you dumb.

The role of Caine was sort of perfect for Tatum‘s distant-seeming personality. It let you in a little, but not enough to care — sort of like my perception of Tatum, save for his engaging performance in Foxcatcher (see review here). His performance was average, and the character was way too flat and cliché. I mean, he was born half dog or wolf and feels rejected. Boo-hoo. Boring. And while we’re on the subject, what the fuck was up with all the dog references? “I love dogs.” “Go on, go dig through that hurricane.” 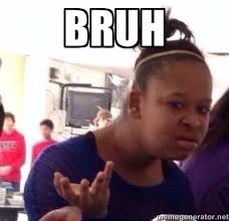 The guy is already self-conscious about his origin, why would you even say shit like that? Mean, bro…

Eddie Redmayne followed up on his spectacular award-winning performance in the beautiful The Theory of Everything with…this? Why? Habibi, you had a good thing going, why you do dis? Granted, Jupiter Ascending was supposed to come out last year, but still. The character itself seemed like a cheap rip-off of Voldemort (Redmayne seemed to acquire the same case of Laryngitis as well), and while the character was a prosaic and predictable storybook villain in the beginning, Redmayne did manage to show his acting chops in a new way. I would have never imagined him as a villain, and that said, a few parts of his performance were good. 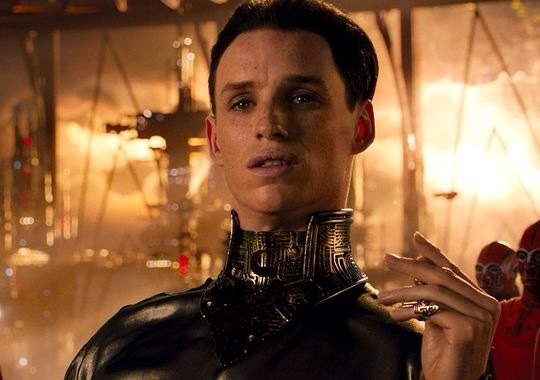 Another noticeable thing is the abundance of characters. There were just so many characters stuffed in there, it was hard to keep track of everyone’s name. That, and a lot of the characters had their own stories making for endless subplots that never found their resolve. What the hell ever happened to the elephant pilot? WHAT HAPPENED?

Finally, crowning the list of horrible things this movie featured: that god-awful, shallow script. What the actual fuck? The forced sentimentality, the horrible transitions within the same scene, the terrible word play (again, dogs dogs dogs), and the sad clichés. It was a very badly-worded storyline that ultimately bored instead of entertaining. We found ourselves laughing in the theatre when the characters were trying to be serious.

Overall, good visuals and hard work put into production and costume design, and impressive hair and make-up weren’t enough to help Jupiter Ascending ascend from the depths of crappy movies. A sad addition to the Wachowskis’ repertoire, the film will disappoint. At the moment, it stands as the worst movie I’ve seen in 2015 so far. Speaking of, where’s that The Boy Next Door DVD?