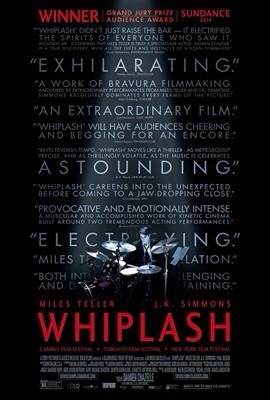 From The Slumdog Millionaire to Unbroken, most of us are suckers for a good underdog story, but no movie has been able to achieve the feat of gripping its audience like 2014’s Whiplash did.

Directed by Damien Chazelle (who, by the way, is 30 years old with this as his sophomore film), Whiplash presents viewers with an intense and exhilarating experience unmatched in recent years; even decades, perhaps. 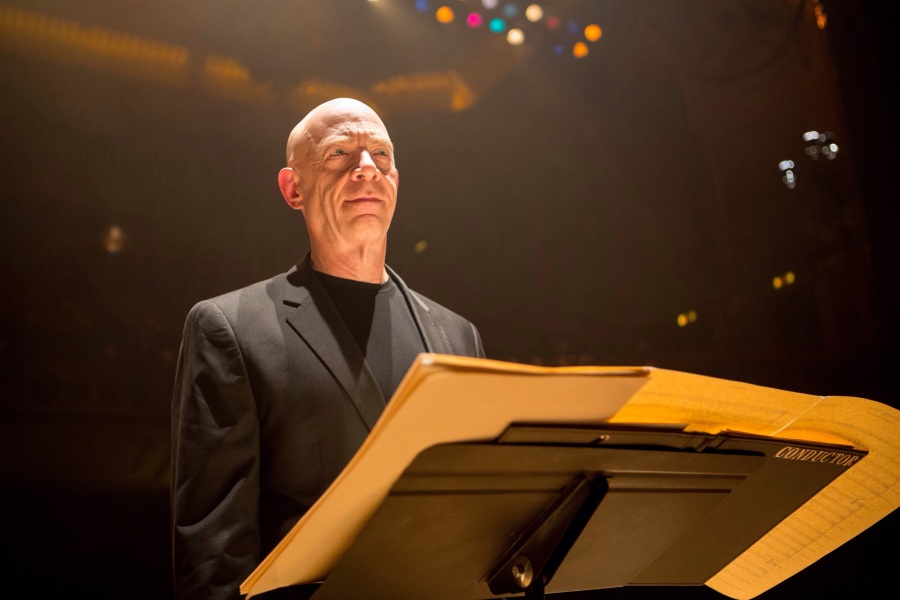 In what is, I believe, the best acting performance by an actor this year, whether in a leading or supporting role, J.K. Simmons shines as a tough instructor  adamant on bringing out the very best of people — regardless of how vile and ruthless he has to be to achieve so. And this man is merciless. Simmons delivers a powerful, Oscar-worthy performance that has already been hailed as one of the decade’s best. He does justice to his character and manages to show every side of him: tough, vulnerable, vile, vengeful, and loving (in his own twisted way). The guy is demented, and Simmons portrays him with absolute brilliance. Already awarded a Golden Globe, a Critics Choice Award, and a Screen Actors Guild Award, there is no doubt in my mind that come Oscar night, the 60 year-old actor will walk away with a trophy for Best Supporting Actor (see full list of nominees here).

I love it when an actor you saw in a supporting role in a mediocre film once upon a time comes out of nowhere and makes headlines with his performance. That is precisely what Eddie Redmayne (The Theory of Everything) did earlier this Fall, and exactly what Miles Teller achieved in Whiplash. I’ll admit, I thought it was an odd casting, but the Footloose star showed his chops as an aspiring perfectionist seeking glory as one of the best drummers of all time. It’s a gritty performance that leaves audiences yearning for more and appreciating the bright, young star. 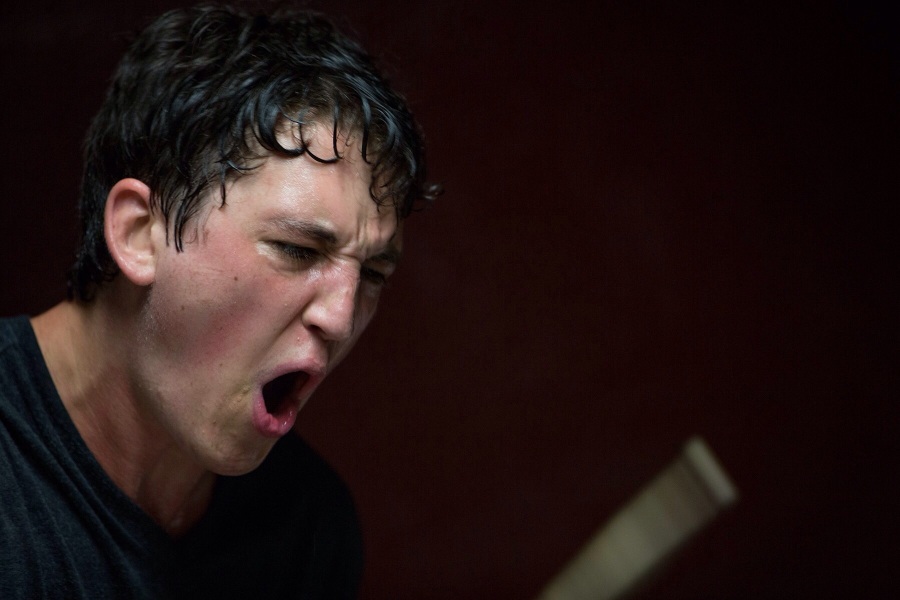 The camerawork and editing in the movie are quite striking. There was so much put into the editing and the photography, it’s hard not to notice. Some shots were like that singer whi hit a high note, then went even higher. That’s what the editing felt like to me. Moreover, the use of a yellow filter to reflect the colour of the instruments was quite relaxing to the eye and put me in the mood of the movie, all while maintaing the gloomy, dark atmosphere of the film.

Sound design played a huge role in the movie. Obviously, since it’s a movie about music, one would expect so, but the achievement in sound editing was near perfect.

The score was great. I’ve been listening to jazz music ever since I watched the movie over a week ago. And the fact that Teller was actually the one pounding at that drum set for most of the scenes is beyond impressive. Points to him.

My hat goes off to Chazelle. The way this movie was executed and the way it was told was so incredibly intense and made for one HELL of a buildup in the end. The last 20 minutes had me and whoever was watching with me standing on our feet, wishing with everything we had for the underdog to prevail, and this is no cliche underdog-defies-the-odds kind of film. It delves into human nature and the pursuit of perfection, tapping into our ability toexcel  and not limiting it in any way, shape, or form; that if we need to suffer for it, cry for it, or bleed for it, so it must be done for the ultimate pursuit of uncharted excellence. The script. Can we talk about the script? Overall, it was great. The unique and original insults in it were uncomfortable but funny. It’s part of what made Simmons‘s character so frightening. The screenplay is nominated for Best Adapted Screenplay at this year’s Academy Awards, one of five nominations the movie has managed to garner.

With all of that said, Whiplash was definitely pushing it just a little bit in one particular scene. I mean, [SPOILER ALERT, MOVE ON TO THE NEXT PARAGRAPH IF YOU DON’T WANt IT SPOILT] the fact that he made it to and from the show and got hit by a car in the process, and still got up to do the show was a bit out there. Let’s calm ourselves.

Whiplash is a phenomenal film with a thought-provoking statement. It doesn’t spare its audiences the brutality of pressure and delivers a mesmerising viewing experience in the process. And with superb performances from Miles Teller and especially J.K. Simmons, it stands as one of the best movies of 2014, and the dark horse of the Best Picture category.

3 thoughts on “The pursuit of stardom: J.K. Simmons slays in “Whiplash””