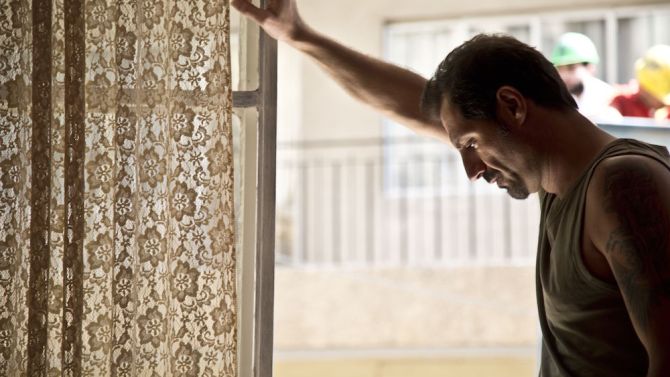 Earlier today, The Academy of Motion Picture Arts and Sciences announced the nine films shortlisted for the Best Foreign Language Film Oscar. The shortlisted films included some major snubs and a big (and welcome) surprise for Lebanon’s The Insult, which has now advanced to the penultimate round of decisions.

Directed by Ziad Doueiri, The Insult tells the story of a politically-affiliated, Lebanese mechanic and a Palestinian blue collar worker whose small feud escalates to a nationwide phenomenon, prompting questions of nationalism, honour, pride, and history. The film is Doueiri’s fourth major production after the wildly-celebrated West Beirut (1998), Lila Says (2004), and The Attack (2012), the last one resulting in his temporary arrest a few months ago on charges of being on Israeli territory.

Prior to the announcement today, and based on nominations announced by various awards circles including the Hollywood Foreign Press Association (responsible for the Golden Globes), the Critics’ Choice Awards, and the New York Film Critics Circle Awards, the top contenders seemed to be quite consistent, but two sure-fire hopefuls — France’s BPM and Cambodia’s First They Killed My Father, the Angelina Jolie-helmed Golden Globe nominee — were shockingly left out of the shortlist today, paving the way for fresher titles.

With strong ratings and reviews, admiration from The Academy, and a Volpi Cup win for Best Actor for Kamel El Basha under its belt, The Insult might just gain enough momentum to score a nomination. This marks a small victory for Lebanon in a time when local filmmaking talent is burgeoning. Should the film advance, it will be the first and only Lebanese movie to ever be nominated for an Oscar in any category.

One thing is for sure: this remains one of the toughest races in this category in years, even with the exclusion of France and Cambodia. So, anything can happen at this point.

The films shortlisted for the 2018 Academy Award for Best Foreign Film are: