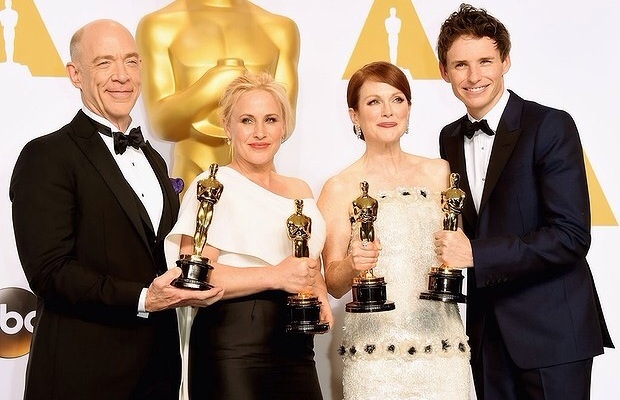 Well, well, it’s almost been a week since the Oscars, and while the ceremony itself was underwhelming, courtesy of a slightly disappointing host (I still love you, Neil Patrick Harris), the results were certainly not.

I’m not going to go through the trouble of analyzing the results category by category; we already knew that J.K. Simmons would win for Whiplash, Julianne Moore for Still Alice, and Patricia Arquette would be crowned victor for Boyhood. But some results were certainly surprising. So, let’s break it down. Following are the five winners that surprised me:

Okay, so anyone who knows me knows that I harbour deep discontent when it comes to this movie. How it got 6 nods from the academy is beside me. Of course, it might just happen to be the most suffocatingly American movie of the 21st century, but you know, who am I, being an oppressed little terrorist-to-be Middle-Eastern, to say that?

Still, I try to separate the movie from what it stands for, and as a movie, I still don’t like it. Other movies covered the same topic ten times better without glorifying the subject of it, but I digress.

American Sniper was nominated for a few technical awards including Sound Editing. Now, war movies always impress me with how their sound design manages to produce an authentic experience, and if I’m to be honest, the movie does achieve that. Still, to crown it victor over Whiplash was a shock. The delivery of the meticulously timed sound in the jazz drama was inpeccably done, one that most definitely deserved the win. Even if you disagree, you must list Birdman above American Sniper in this category. Keeping the sound intact over that illusion of a one-take is a feat in its own. 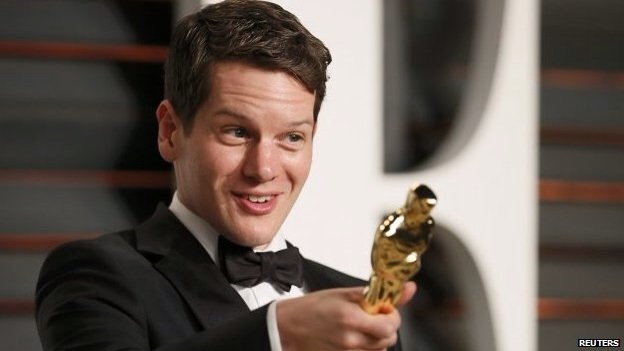 This one didn’t make me cringe. I was quite happy for Graham Moore because the script of The Imitation Game truly was great. Some of the monologues and dialogues in there beautifully reflected the essence of the movie and successfully tore our hearts into a billion infinitesimal pieces. And Moore‘s speech made his win all the more better. That said, some were expecting Whiplash (last time I mention this movie in this post walla) or The Theory of Everything to take home the trophy. To keep it short, stay weird, and stay different. It might just win you an Oscar one day, and you’ll be its custodian, and attent to its hands and feet. Wow!

Again, nothing to be angry about. This category was one of my favourites simply because each and every nominee deserved to be on that list. While The Grand Budapest Hotel ended up winning, the result was still quite unexpected. For one thing, I personally found the score of The Imitation Game to be perfect for the movie. It had that blend of science and emotion that was present in the movie. The Theory of Everything won the Golden Globe for its score, which is usually an indicator of who might win at the Oscars, so to see it go home empty handed was a bit of a shock. That said, the fancy, circus themed score of The Grand Budapest hotel was just as appealing.

This entire award season, the race for Best picture has been tight between three front-runners: The Grand Budapest Hotel, Birdman, and Boyhood. Late into the Fall season, however, with Birdman‘s release to rave reviews and Boyhood‘s sweep at early awards, not to mention the hype surrounding it what with universal acclaim, Wes Anderson‘s quirky film fell out of the running, leaving it between the other two. That said, Boyhood continued to dominate award ceremonies winning award after the other and the 12 year saga was likely to win Best Picture.

I couldn’t have been happier when I heard Sean Penn announce Birdman as the winner. It was a true shock because it was the better movie of the   two. Boyhood was oscar bait, and while I do appreciate the production time and the effort, it’s Birdman’s execution that deserves all the recognition out there.

Considering Richard Linklater was favourite to win the coveted best director award for his work on Boyhood for the past 12 years, this blew me away. While I had my doubts about Boyhood winning Best Picture, I was sure Linklater would take home the golden statue for his efforts.

Innaritu did a masterful job directing the incredible Birdman, don’t get me wrong, but Linklater‘s work is undeniable. Such is the case with Wes Anderson who, over the years, has created a style of his own that has produced visually astounding movies, one of the best of which is The Grand Budapest Hotel. In my heart of hearts, I was hoping he’d finally be tecognized for his achievement in cinema, but as we all saw, it was that “son of a bitch with a green card” (copyright Sean Penn) who took it home.

So, those were my Oscar shockers! What were yours? Let me know in the comments! I’d love your input! 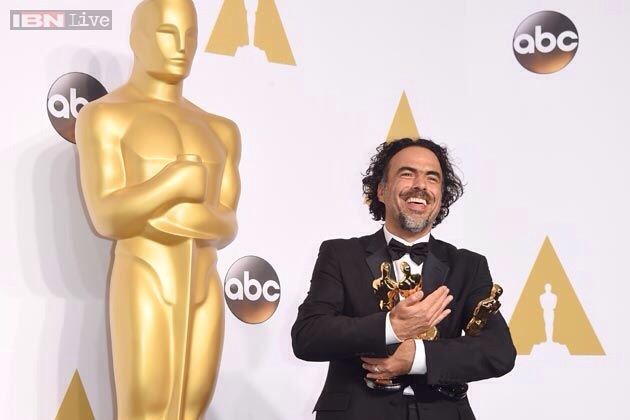