Falling for someone is one of the best and worst things that can happen to you. The pleasure and the excitement of meeting someone new can put a hop in your skip and brighten your day…it can also turn you into an obsessive maniac with a clusterfuck of issues to deal with post realisation that you overthink everything. Point is, we all go through it, and it can happen at any point and at any age. It’s a lesson you have to learn at one point or another; that “someday you might meet someone who will ignite a fire within you that cannot die, but that the saddest most awful truth is that they are not always with whom we spend our lives.” 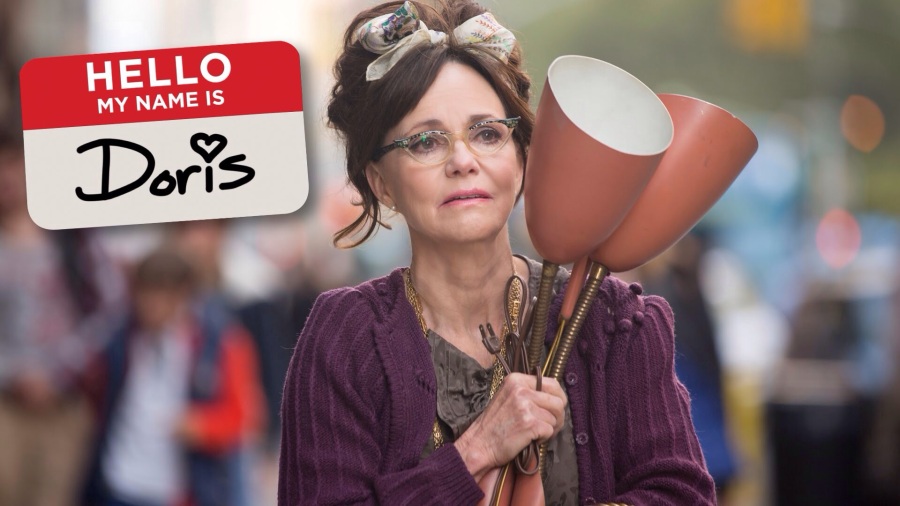 At the heart of it, that’s what Michael Showalter‘s Hello, My Name is Doris is about. The film revolves around Doris, played by Academy Award winning veteran Sally Field, a 60-something year-old accountant who decides to pursue a younger coworker (Max Greenfield) after watching a (bad) self-help video.

The film addresses salient perceptions our societies have of the older generation and what it can(not) do. In Field‘s Doris, the writers provide a critique of such notions, proving that the gap between the younger and older generation is not a very big one, and that things like crushes and relationship worries are ageless.

The film features supporting performances from Tyne Daly, Beth Behrs, Peter Gallagher, Elizabeth Reaser, and Stephen Root. And while they were good in their own right, there is no denying that this was Sally Field‘s show. Even Field‘s counterpart Max Greenfield fails to shine in her presence. And that is both a perk and a con for the film. Her lovable attitude, quirky style, charismatic approach, and the actress’ fantastic take on the character make her an inconquerable force in the movie, the heart and soul of it.

But to some extent, the movie relies on her presence to elevate it. Other than Doris, the rest of the characters weren’t as dynamic. There wasn’t a lot of substance to them unless Doris was around. This isn’t to say that the rest of the cast is flat, but they tend to be one-dimensional at times during the film.

A stellar element of the film is its soundtrack. While movies like this one typically opt for the cheery, mainstream hits, the film boasts a colourful playlist of electronic and indie music, and the choices fit perfectly with the mood of the film. Definitely worth a download!

Another noteworthy aspect is the costume design. Again, Doris’s outfits steal the spotlight, being fittingly quirky and colourful — much like Field’s character, leaving no room for any of the other characters to be noticed. Still, costume designer Rebecca Gregg does the film justice.

The film is more a look into the nature of the human spirit than it is about the pursuit of love, unless one accounts for self-love. And this film is full of that. Next to the central plot, the film, through Doris, explores themes of letting go, friendship, family, sacrifice, and self-discovery. Before the viewers eyes, Doris blossoms into the woman she always was, letting go of the insecurities that held her back, and saying the things she never felt she could. In what is to go down as one of her best characters, Sally Field has outdone herself, and is, to me, an Oscar contender for the coming year. If in the mood for a light-hearted film, look no further than Hello, My Name is Doris — an indie gem of 2015.