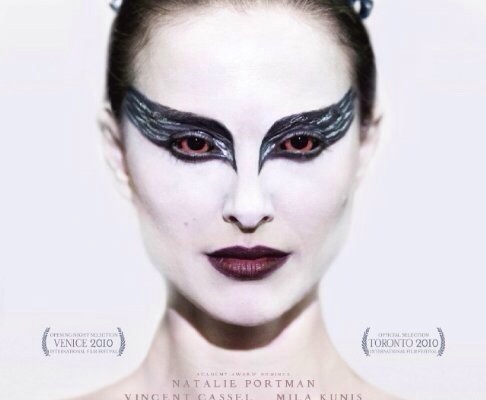 Back in 2010, a 14 year-old version of myself came across a film that would forever alter the way I perceived cinema in general. It was a work that made me fall in love with the art of film-making, and admire the minds behind the camera that envisioned what I saw on the silver screen.

It is Black Swan, the Darren Aronofsky-directed 2010 motion picture adaptation of Tchaikovsky’s celebrated ballet composition, Swan Lake. Starring a fantastic ensemble featuring Natalie Portman, Vincent Cassel, and Mila Kunis, Black Swan tells the story of a prestigious ballet company in New York preparing to perform Tchaikovsky’s Swan Lake. Docile and timid ballerina Nina Sayers (Portman) is a perfect fit for the role of the White Swan, but her lack of spontaneity, seductiveness, and dominance in attitude hinder her performance as the White Swan’s darker twin, the Black Swan. Feeling the intense pressure of the performance on her shoulders, and threatened by the arrival of newcomer Lily (Kunis), who possesses all the tropes of the Black Swan Nina so desperately desires to perfect her performance, she slips into a state of hallucination, delusion, and insanity the Black Swan and White Swan become one.

At the time of its release, the movie was hailed (rightfully so) for its directorial and acting prowess, garnering multiple nominations and wins across different award circuits, including the Academy Awards. However, a deeper look into the complex structure of the movie, from its lead character’s personality flux to its multilayered narrative’s implications, would reveal the destructive and formative pressures of performance in quite a Foucauldian manner. Therein, to me, lies the true brilliance of the film.

With an Academy Award winning performance, Natalie Portman heads the cast with a fantastic portrayal of both gentile Nina, who represents the White Swan in the film, and her polar opposite, the fearless and fierce Black Swan. She slips so effortlessly into Nina’s obsessive character and conveys her relentless pursuit of perfection to a staggeringly accurate extent. As the Black Swan, a seductive and dominant persona takes complete hold of her, making viewers forget all about the person she was a mere two seconds ago. Portman delivers as both the White and the Black Swans, but it is the ease of the transition and her ability to alternate between one persona and the other that really grips the audience. It is a faultless performance on Portman‘s part that has gained her the international recognition she is due. 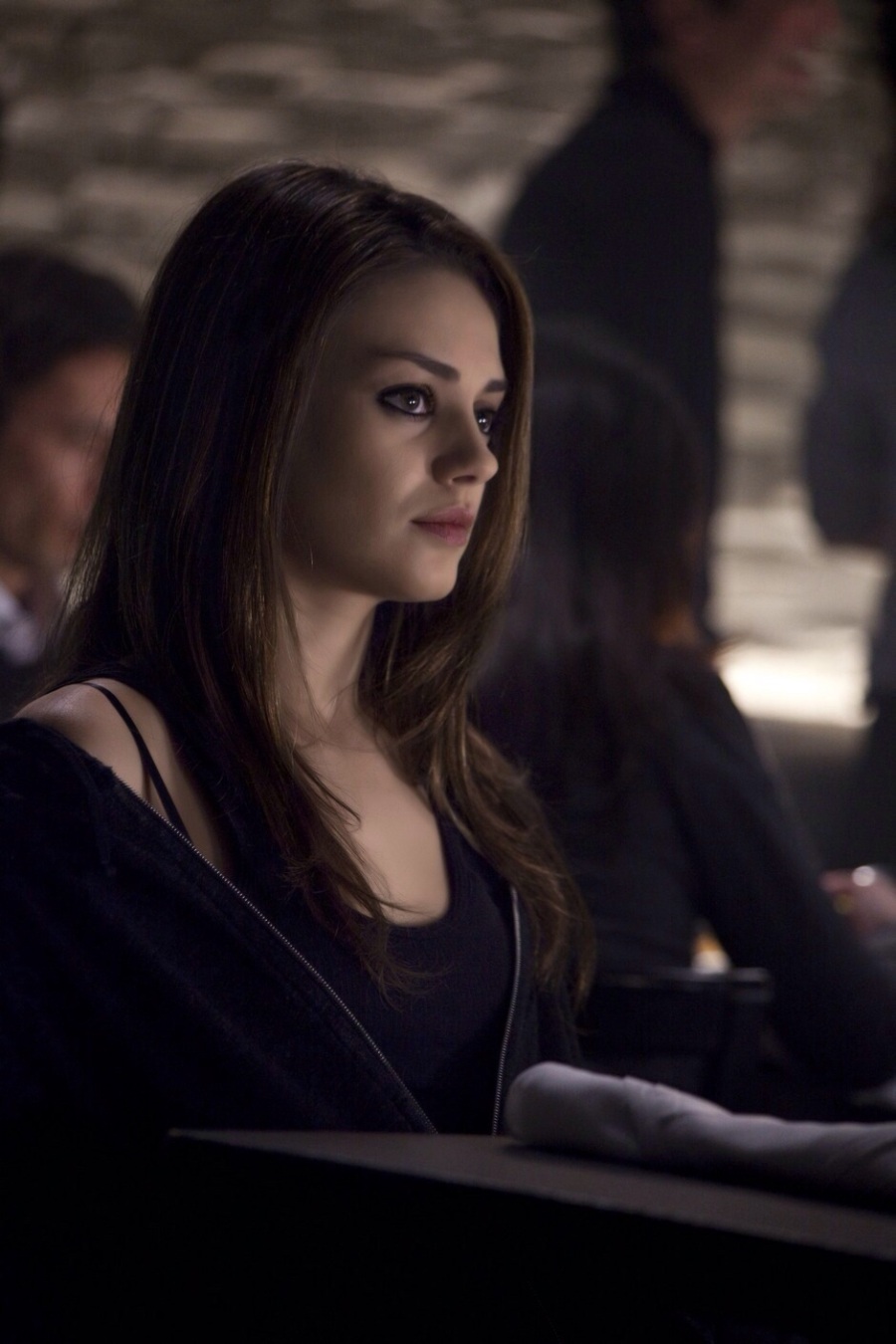 Nina’s counterpart Lily is brought to life by none other than Mila Kunis who, in my eyes, was perfect for the role. She embodies the cheekiness and attitude I’d expect from the Black Swan, but even more so, plays into her role as the femme fatale (for those of you who don’t know, that’s a dark, often evil female character that stands in the way of the lead character’s ultimate goal/desire). She’s both destructive and likeable, forcing the audience into a love/hate relationship with her. When it comes down to the acting itself, the role seems to come so naturally to Kunis who excels on every level. Hats off to her. At least she has this on her resumé to obershadow that atrocity called Jupiter Ascending. 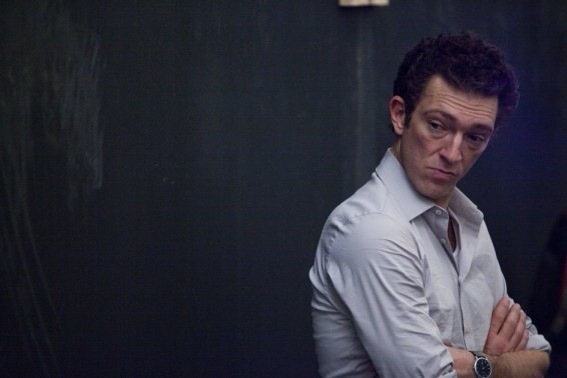 In supporting roles, Vincent Cassel plays Nina’s strict and seductive ballet instructor, Thomas, on whom she develops a crush. A veteran actor himself, I’m quite sure Cassel managed to attract many with his allure in the movie. That was intended, of course, but it still doesn’t stop him from beigf what he was, and what the role itself demanded him to be: sexy.

An added bonus was the presence of the unstoppable Barbara Hershey in the film. Her portrayal of Nina’s troubled and controlling mother was the icing on the cake; a believable and authentically eerie take on the character.

While the acting was great, the true admiration I have is to director Darren Aronofsky for his work of pure art. From the play on mise-en-scéne, specifically with the colours of her costumes (anyone else notice the colours in the movie were prefominantly white, gray, and black — except for her room?), to the use of lighting to reflect the flux in Nina’s character to the femme fatale, Nina’s journey to break free from her artistic, emotional, sexual, and social prison encompasses all the traits of a classic Psycho-Thriller, making Black Swan a true genre film.

In fact, it is more of a character study framed around Tchaikovsky’s ballet, one that doesn’t bore. The 101 minute film is as dense as it could possibly be, satiating from every aspect.

Needless to say, the score is phenomenal. It combines both Tchaikovsky’s score and Aronofsky‘s, creating a perfect blend of sinister, sensetive, and diabolic — quite fitting for Black Swan. The script is also we-written to accomodate the change in character. Aronofsky shines not only as a brilliant director, but also as a capable screenwriter.

If there’s one thing I’d comment on, it’s that the film lends itself to certain stereotypes about dancers, which is not a huge fault to have in a film, but one I can live with when considering the rest of the work. 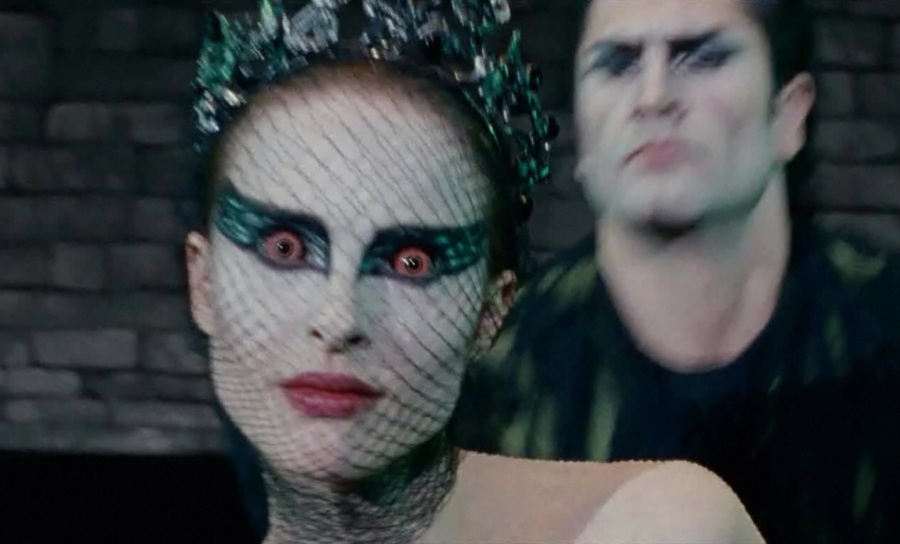 The society’s gaze often plays a huge role in shaping the way we present ourselves to the outside world. And in doing so, it limits us and benefits us at the same time. It limits us because it sets certain social standards and categories one need necessarily be in, forcing one to be something one is not, turning us all into brainwashed cells in a system. As for its benefits, it sets certain limitations that prevent havoc. Still, the pressure one feels to fulfill a certain role or fit into a specific category at home or at work or anywher, really, can be hugely destructive. That is the powerful statement Black Swan attempts to make: we are subject to the towering gaze of already problematic social norms and constructs around us that demand we be something we are not, and to continue pressuring people to perform a role they were never meant to play would only destroy them. At the end of Black Swan, Nina achieves the perfection she’d always set out for, but loses herself in doing so. Thus is the pressure of performance, both on stage and off: the unforgiving need to be perfect. In my humble opinion, Black Swan is a 21st century directorial, editorial, and acting cinematic masterpiece you should definitely see as soon as possible.

2 thoughts on “The pursuit of perfection: “Black Swan” solidifies itself as 21st century cinematic masterpiece”